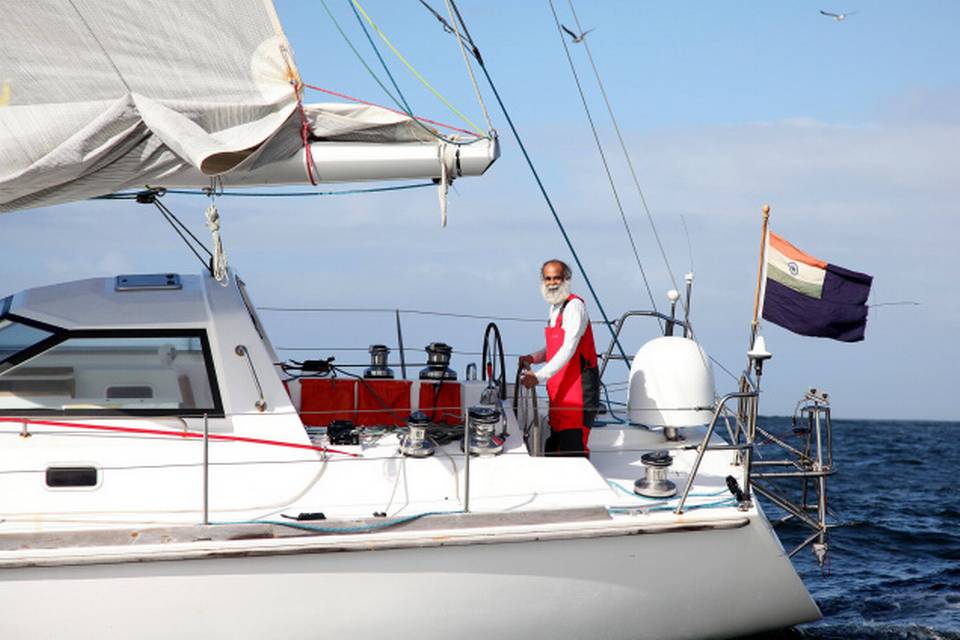 “I didn’t even know that people sail or race around the world till I volunteered to sail solo around the world,” says Commander Dilip Donde—a surprising admission from the first Indian to circumnavigate the world solo.

The Navy Commander recently authored and launched a book, The First Indian: Story of the First Indian Solo Circumnavigation Under Sail, chronicling his experiences on the sea.

In an email interview, Cdr. Donde says that the idea itself was mooted by Vice-Admiral (retd.) Manohar Awati (Retd). “He had been asking the Navy for many years to take on the challenge (of sailing solo). In 2006, the then Chief of Naval Staff, Admiral Arun Prakash, agreed to support the project and the Navy started looking for a suitable volunteer. When I was asked, I volunteered immediately with very little idea as to what I was getting into. I wasn’t the first person the Navy asked, but was definitely the first to volunteer wholeheartedly, ending their search,” he says.